So this wine came out really well so I thought I'd share what I'd done as I had decided while making it that I'd take a few pictures.

So the starting place was the Elderflower; 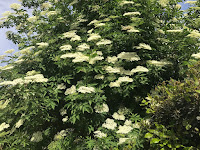 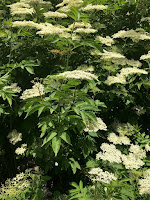 As luck would have it I've got a huge bush growing the garden so I only had to walk about two meters from my front door. The first bit of good luck :-)

Sadly though it had a bit of a black-fly infestation; 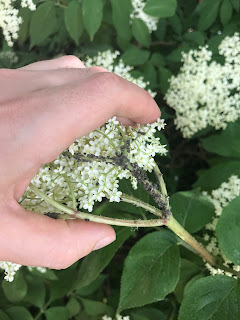 Which meant that probably one-in-ten of the flowers weren't going to be usable (or would make the wine slightly more meaty than I was aiming for). 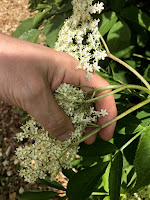 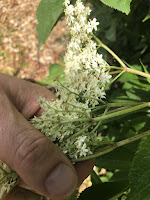 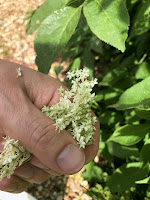 This worked pretty well and after a few minutes I'd got a pretty good volume of flowers; 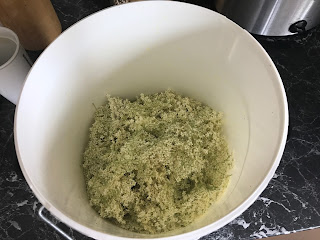 That's a two-gallon tub so you can see I've got a nice lot. 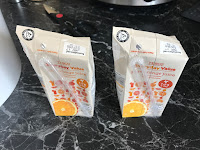 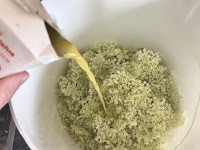 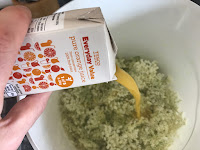 Next, it's time to add in a bit of lemon and some sugar. I tend to freeze lemon juice so I've got a nice stock in the freezer; 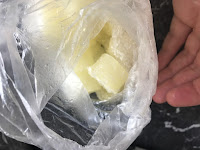 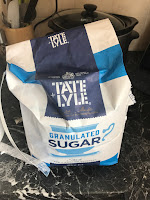 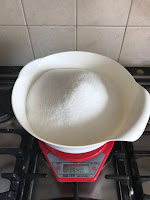 I added 1.5kg of sugar which has mad a nice medium wine. Sadly I never do the ABV calculations so I can't tell you the percentage I ended up with - but that would largely depend on the yeast anyway!

Final steps - top up with boiling water and added a stick of cinnamon; 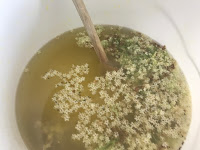 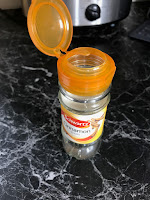 Now it's time to spot the deliberate mistake; I wasn't careful enough adding the boiling water and managed to burn some of the elderflowers - hence the black bits in the picture. Opps!

And so here you go, add in the yeast, leave for a couple of days and then bottle.

Like I said it came out really well (glad I did two gallons!). 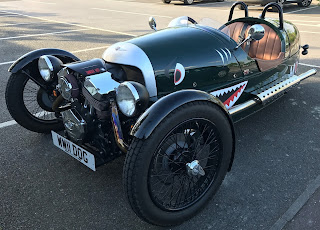 "WWII DOG" was the number plate (just in case the owner is googling themselves!)
Posted by Andy Pellew at 6:20 AM 2 comments: