It's not a second referendum ...

That's just for the record.

On the plus side sometime in the latter half of this century we'll be good. Of course by then $1 will make you a £ millionaire ...
Posted by Andy Pellew at 2:57 PM 1 comment: 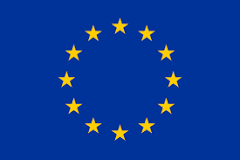 If you were in charge of running a global manufacturing business based on these figures alone why would you *not* manufacture in Europe?
Posted by Andy Pellew at 6:00 AM 2 comments:

Despite being a life-long Liberal Democrat, one time County Councillor, and activist I've taken a break for the last few years to spend more time with my family (yes, I know, it's a political cliche). This has given me a bit of free time and no outlet for my views - hence this blog and my intention to start writing things down.

All my own views. Hope you find something here ...
Posted by Andy Pellew at 5:04 AM 1 comment: